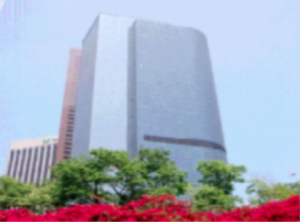 Description: One California Plaza consists of some 953,367 square feet spread over 42 floors above ground and 5 floors underground. Early into the life of this world class facility the property engineers noticed that they were having leaks in the water supply lines servicing the building. The copper piping system at One California Plaza was restored using the ACE DuraFlo® system.

One California Plaza consists of some 953,367 square feet spread over 42 floors above ground and 5 floors underground. Designed by Arthur Erickson Architects, One California Plaza is owned by Metropolitan Life Insurance Company and is managed by Cushman Wakefield. Early into the life of this world class facility the property engineers noticed that they were having leaks in the water supply lines servicing the building. In July 2000, an engineering report was commissioned which helped in part to identify the extent of the damage to the piping system. The recommendation was to replace the copper piping system in the building. Pondering the extent of the cost and the tenant disruption that would be associated with a conventional re-pipe in this world-class facility the property manager’s at Cushman & Wakefield went looking for a modern solution. They did not have to look very far.

In December 2000 and just a few blocks away at the historic Biltmore Hotel, ACE DuraFlo® Systems was restoring â€œin placeâ€ the potable water piping system at the Biltmore Hotel. Invited for a tour to see the benefits of the ACE DuraFlo® system, the engineers of Cushman & Wakefield investigated and went away with a possible alternative to re-piping. That possibility turned into reality with the approval to restore the copper piping system at One California Plaza, using the ACE DuraFlo® system.

While no definitive reasons for the buiding’s pipe failure was found, the solution of lining the inside of the piping system with an epoxy protective barrier coating was determined to be a better alternative to a conventional re-pipe. The ACE DuraFlo® epipe restoration program was implemented to restore all the copper lines of the potable water systems in One California Plaza. The schedule was based on completing work on 3 floors of the facility at a time over a weekend work schedule. The piping system restored by ACE DuraFlo® included copper pipes ranging in size from half-inch to 3 inch in diameter spread in and over nearly 1 million square feet of this world class facility. By Monday mornings, occupants of One California Plaza would return to work unaware that the piping system on their respective floors had been restored. There was no disruption to tenant services apart.